Back in 1999 I started a website called "Inspiring Plants" on Geocities. I had lots of pages on the plants I was passionate about, Cyclamen species, Pleiones, Alpines etc.

Geocities became Yahoo, I got effectively locked out of the site and I set up a blog instead. (Unfortunately I can't access that either now).

About 5 years ago I managed to recreate the site with a well known website hosting company. I got lots of visitors but it all became very expensive. I was thinking of closing the site but I was told that there was a new cheaper product from the same company. Problem was, I'd need to rebuild the site. That took alot of effort and I'm probably about half way there.

Imagine my surprise when I checked my visitor stats and saw they had dropped from about 500 a month to 5.  I get the feeling that low figures are correct and something about the stat reporting previously was way off. For years.

So I'm thinking that the website will discontinue sometime in the future but maybe it's worth moving some of the material here and seeing how the blog goes. It may look less nice but it's much cheaper and easier.

Probably not the best way to start a blog and I may remove this post but it's a harmless way of letting out the frustration and disappointment.

The national flower of Cyprus. It's a distinct species which despite it's appearance is said to be related to C.pseudo-ibericum ... 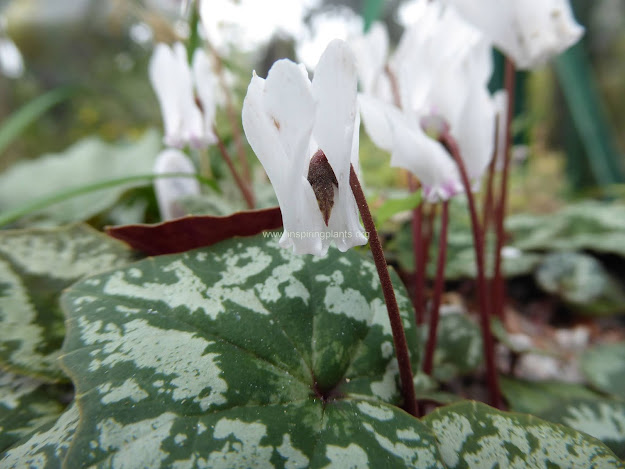